The Synopsis: In 33 A.D., Clavius, a Roman Tribune in Judea, soused in the blood of incessant battles, longing for a 'day without death', is tasked by Pontius Pilate with finding the missing body of a freshly crucified Nazarene rumored to have risen from the dead, in order to keep the 'order' Pilate craves among the masses who believe it is the Messiah, all-the-while Pilate nervously awaits the visit of the Emperor.

​   The Producers of this film took on some of the toughest challenges known to filmmaking: rendering biblical history with a high degree of authenticity, recreating the look and feel of 33 A.D. Judea, casting actors that don't make the whole thing sound like a Hollywood / Shakespearean version of antiquity.

And they miraculously succeeded.

​   Even if you take out the intangible biblical history from the equation, and judge "RISEN" on its pure spirituous storyline and film quality, you have a poignant and moving movie. 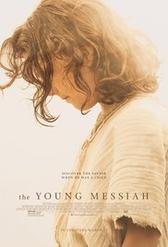 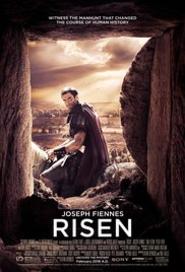 Many critics have focused solely on the accuracy of the storyline.  Is that really possible?

​" Faith is a knowledge within the heart, beyond the reach of proof."

​I say appreciate the film for being a fine, stirring, visually stunning piece of cinema.

Production Designer Stefano Maria Ortolani (known for GANGS OF NEW YORK and THE TALENTED MR. RIPLEY ) and Art Director/Location Manager Ino Bonello ( known for CAESAR and HELEN OF TROY) deserve awards for this one.

​   The visual package felt like an intimate slice of 1st century antiquity, organic and earthy, from the striking locations in Malta and Andalucia Spain, to the uncluttered cut stone sets decorated with relics of urns, Doric columns and frescoes, to the streaming tiled Roman Baths, to the hammered shields and unique strategies of the Roman soldiers in battle, to the well-worn hand dyed clothes of natural fibers as opposed to costumes off the rack, to the striking cinematic compositions naturally lit with oil lamps and soft edged, rising, midday and orange tinged setting suns.

​   If you can track down the cover of the March/April issue of Archaeology magazine, you will find yourself staring into the elegiac painted face that is part of a 1st century fresco from a Roman Villa, one hauntingly close to the melancholic lamenting face of Joseph Fiennes as Clavius.

​   Most of the rest of the English cast is, well English.  They seem to exude the nooks and crannies and harsh bits of life in every nook and cranny of their being.

It has been billed (in most synopses) as the story of the Biblical resurrection.  But that is misleading.  It is not the nuts and bolts of the event or those surrounding it, nor a preachy simplistic conversion film, nor has it the hallmarks of the insufferable bible based mini-series of late.

The story is purely driven from the viewpoint of hollow-eyed Clavius ( Joseph Fiennes), a non-believer, the overworked henchman catering to Pontius Pilate.  It is a fascinating look at the duties and dominion of the Roman Tribune as charged by the Governor or Prefect of Judea, one who is not ordinarily visible to the throngs of worshippers because of the Jewish peoples deep sensitivity to their status as a Roman province.

​   Clavius is a man who prays to a statue in a nook in the outside wall of his chambers, who confides in an intimate scene in the Roman baths his fervent allegiance to Rome and to achieving a position of power, but also the dichotomy of hoping it will all ultimately lead to a life of peace.  To which Pilate haughtily chuckles, "Your ambitions are duly noted."

​   While dutifully carrying out the gruesome task of finding the missing crucified body by questioning the unnerved witless soldiers charged with guarding the sealed tomb who were bribed by the priests to spread the lie that the disciples stole the body, by interrogating with strains of solicitude a blind woman, a jaunty follower, as well as Mary Magdalene, and by tracking down the rank of disciples, Clavius sees things he cannot deny, he cannot explain, and he cannot ignore, that lead him to 'the place without enemies' and 'the day without death' he longed for, solidifying his diffident embrace of the gift of faith.